Tomahawks at Jaguars – The Tomahawks gave up 80 points in a loss to the Wildcats where the Jags couldn’t put any points on the board versus the Comanche.

Vikings at Thunder – Both teams come into this game on streaks. The Thunder is riding high on a two game win streak. The Vikings on the other hand is on a two game slide.

Hitmen at Wildcats – The Battle of the Undefeated. Both teams should be in the playoffs but only one will most likely get a home game in the first round of the playoffs.

Diamondbacks at Rage – Rage took a pounding the week before by the Warriors while the Diamondbacks won.

Comanche at Jaguars – The Comanche are coming off a big win versus the Spartans. They are traveling to a tough Jaguars team who is coming off of their bye week.

Nightmare at Savages – The Savages are looking to bounce back after their 80-6 blow out loss to the Nation while the Nightmare are trying to figure out how to stop the bleeding.

Hitmen at Maniacs – The Maniacs continue to struggle this season compared to their playoff run last year. The Hitmen keep burying every team they face.

Cyclones at Mustangs – Last week the Mustangs lost a close one to the Diamondbacks while the Nation destroyed the Savages.

Wildcats at Tomahawks – The Tomahawks lost a tough one of the road last week in Johnstown while the Wildcats continue to impress.

Thunder at Spartans – The Thunder shocked the league last week with a surprise win versus the Tomahawks. The young Spartans are still trying to find their way.

Warriors at Shock – The Battle of the Northeast game is held Dick City for only second time in this game’s history. The Shock lead the series, 4-1.

Rage at Warriors – Warriors week 1 were very impressive. The Rage on the other not so much. Could be another blow out for the Warriors if the Rage travel like years past.

Spartans at Comanche – The young Spartans have started the season in a gauntlet. The Comanche on the other hand struggled at times with the Thunder before ultimately blowing them out.

Shock at Nightmare – The Shock surprised some with their blow out win over the Mustangs while the Nightmare lost a penalty riddled game verse the Warriors.

Maniacs at Wildcats – The Maniacs spent the last week licking their wounds on their bye while the Wildcats were taken down to the wire by the Jaguars.

Mustangs at Diamondbacks – The Mustangs laid an egg week 1 while the Dbacks didn’t completely suck. We aren’t sure what James sees.

Tomahawks at Thunder – The Thunder continue to impress around the league while the Tomahawks pulled off a huge upset vs MOVA.

Savages at Cyclones – The Cyclones didn’t disappoint as they torched the Dbacks. Savages proving they may not be as advertised as they struggled in the second half in Jersey.

Vikings at Hitmen – It’s only week 2 and already the Vikings are in a win out or bust situation. The Hitmen still are in control of their own destiny but for how long?

Nightmare at Warriors – Warriors have a new coaching staff. The Nightmare are trying to build from their core from last year.

Hitmen at Spartans – The Hitmen are on the road this week to prove that their struggles vs the Tomahawks were a fluke.

Shock at Mustangs – The Shock are on a complete rebuild as the Mustangs are on the up and up. Could the Mustangs get their first win this week?

Wildcats at Jaguars – Battle of the Undefeated. Jaguars and Wildcats are slowing turning their games into a nice little rivalry.

Cyclones at Diamondbacks – This game has been dubbed the “Lawn Chair Classic” because many believe the Diamondbacks will fold after this game.

Thunder at Comanche – Last week the Thunder showed a lot of heart in their game with the Jaguars but this week they are going to need a lot more than heart.

Vikings at Tomahawks – Tomahawks held the Hitmen to zero second half points while the Vikings were business as usual. We don’t expect the Vikings to be shut out in a half.

Savages at Rage – Savages did a lot of recruiting this off-season. The Rage have once again been quiet over there in Jersey.

Maniacs at Vikings – Maniacs traveling to the Vikings. We just think its going to be too much for the Maniacs to handle. We all like the Vikings.

Tomahawks at Hitmen – In years past, this would be the game of the week, but the Tomahawks are on a rebuild and on paper the Hitmen are stacked. We all agree with Vinnie and like the Hitmen.

Jaguars at Thunder – Who would have thought we would be saying this is the game of the week. The majority likes the new look Jags but Vinnie is the lone wolf taking the Thunder.

Game of the Week Selection

Mr. Predictor: Battle for the last spot in the Mountain. Both teams have shown they can score when need be but both teams also show some gaping holes defensively as well. Both quarterbacks don’t do well under pressure but both can get rid of the rock quicly. I see this being a lot closer than what some may be expecting and all the trick plays come out of the bag under the lights.

Dr. Guesshit: For all the Marbles…. For both of the mountain teams it is all or nothing. If the Tomahawks win the secure the 3 seed but if they lose its season over for Miffco. If the Wildcats win they will secure the 4th seed and if they lose it’s the end of the season for the cats. I feel this Matchup is interesting if you look at how things have played out… the Tomahawks beat the Lions but the Lions beat the Wildcats so one might say the Wildcats don’t have a chance. Looking at strengths vs weaknesses I would say Shaffer and JR beg to differ. Either way I expect this to be a great game to watch.

Mr. Predictor: Two powerhouses from each conference get to go head to head for a little preview of what we should expect out of each team in the playoffs. Both teams have already locked up playoff berths, so this should be a good game to iron out some things and try some new stuff against the champs considering there is a good chance they will be seen again.

Dr. Guesshit: Uh oh… now it is time to see if the Comanche can back up everything they talked in preseason. UDC got hushed a few weeks ago but Greg and crew haven’t forgot about all the hype. The Comanche do have several weapons but the Cyclones have theirs as well. This game will really come down to who really has the better defense. I don’t expect any streaks to end this week.

Mr. Predictor: The Jaguars have a long trip to make to north eastern PA on Saturday against a Shock team that has been on a 5 game winning streak. The plus side; this game has no playoff implications for either side and allows the Jags to pull out everything in their book to finish their season with a dub.

Dr. Guesshit: Here is a cross conference match up with no playoff implications. The Shock came off a closer than comfortable win vs the Tomahawks and the Jags are looking to rebound from their game with the Mt Lions. I’m not going to fluff this one at all.. Shock win big.

Mr. Predictor: This is my game of the week and no way would I have expected to say that week 1. Just like in the Mountain conference, loser of this game goes home and winner advances to the playoffs. The Diamondbacks have made a great late resurgence and have shown they know what it takes to get the job done. The Maniacs are one of the most improved teams in the league this year, improving in every single category and having their best season yet. I can see this one being another close game and I think it comes down to who makes the least mental mistakes. I think Benton gets bit late with too little time to recover.

Dr. Guesshit: We have a huge Valley conference game with everything on the line for both teams. Win and go to the playoffs..lose and you only get to watch them. This game takes place in the Snake Pit. The Diamondbacks have been fairly strong at home. The Maniacs are also a team who has done well at home, unfortunately this one is away for them. I would love to see this game be a color rush game and both teams wear their home sets. I feel this one will be a slug fest with the Diamondbacks securing their first playoff birth.

Mr. Predictor: The Warriors face off against a Rage team full of talent and that comes to play ball all 4 quarters no matter the score. A win will lock up the 2 seed for the Warriors but a loss could land them at 3 or 4 seed depending on the outcome of the Benton and Diamondbacks game. As another one of the most improved teams overall this year, the Warriors are looking to lock it up early to seal their first ever playoff berth in the GEFA. The Rage can play spoiler and finish off their inaugural season with a win at .500.

Dr. Guesshit: So this game does have weight on the playoff looks. If the Warriors lose they could drop as low as #4. The Rage are a young team and does have some talent. After a strong run and a couple of late losses I’m curious who fired up this warrior team shows up… I’m hoping Phil has them ready cause that’s where I’m placing my bet.

** You can vote once a day every 24 hours until noon on Friday. At that point the poll will be closed and the final results will be displayed. 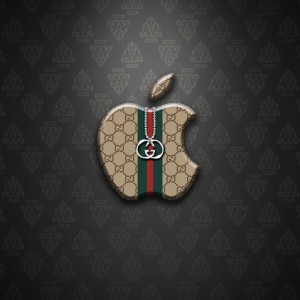 Season 2021 – Week 4 GEFA Network Weekly Predictions Maniacs at Comanche – The Maniacs are coming off a shut out loss to the Hitmen.

GEFA XVII is upon us and power rankings have been officially been updated for week 4 . Find out where each team now ranks after the latest updates!

** You can vote once a day every 24 hours until noon on Friday. At that point the poll will be closed and the final results will be displayed.

Season 2021 – Week 4 GEFA Network Weekly Predictions Maniacs at Comanche – The Maniacs are coming off a shut out loss to the Hitmen.

GEFA XVII is upon us and power rankings have been officially been updated for week 4 . Find out where each team now ranks after the latest updates!